The Decline of Performance Evaluations

Today more and more companies are questioning whether it makes sense to continue evaluating their employees' performance as they have done so far.

One of the most revealing papers on the future of performance evaluations is this piece written by Nik Kinley on Strategic HR Review. In this article, Kinley explains that performance appraisals are a relatively recent invention that can be dated back to mid-twentieth century. He shows how from the very beginning evaluators confronted the difficulty of distinguishing between the results an employee achieves due to her effort, and those derived from factors outside her influence. And how those difficulties multiply in a world of complex and interdependent jobs.

To overcome those limitations, in the 1980s and 1990s companies embraced behavior and competence-based assessments that allowed a more holistic appreciation of individuals’ performance. They also introduced new processes, such lateral calibrations and 360 assessment systems, to provide greater objectivity to performance evaluations. But still, the greatest novelty of those years was the introduction of the so-called “forced ranking systems” consisting of ordering employees based on their performance, and then labeling them with different “performance ratings” depending on their positions in the ranking.

Notwithstanding, problems continued. Behavior and competence-based performance evaluations are subject to the cognitive biases of evaluators, calibration processes are time-consuming and their effectiveness is under question, and forced ranking systems, while offsetting the tendency of evaluators to rate employees too benignly, may favor cynical behaviors and individualism, and debilitate the emotional connection between people and the organization.

In addition, Kinley argues that there is no evidence on the impact of evaluations on the performance of employees (nor on organizational results), and highlights the low value both managers and employees give to this process. For instance, it is very significant that in the 2014 edition of Deloitte’s Human Capital Trends report, which involved 2,500 companies from 90 countries, only 8% of the participants regarded the annual performance review process as “an effective use of their time.”

That was the situation in 2015, the year several large corporations such Deloitte, Accenture and GE, announced they had decided to blow up their evaluation systems.

Looking at the headlines it seemed the end of this people management practice had come, but if we dig deep below those headlines, we find that so far none of those companies have totally scrapped their performance management systems. Although all of them have introduced significant changes in their practices, many of those companies keep on requiring managers to evaluate their team members, and some continue to link those evaluations with economic rewards.

But still, it seems there is agreement on two ideas:

a_ Putting an end to forced ranking systems.

However, some of those companies are exploring further possibilities. For example, evaluating different dimensions of performance at different points in time to avoid too favorable or unfavorable assessments in some dimensions influence the evaluation of other aspects. Or, as Deloitte did, changing the object of performance evaluations and, instead of asking evaluators to rate certain attributes of their team members (skills, behaviors, etc.), asking them to disclose their own feelings and intentions towards those employees, like their level of agreement with statements such «I would give this person the highest possible compensation» or «I would always want this person on my team.»

In any case, Kinley warns, it is important to understand that those companies are just experimenting, so it is early to have evidence that the assessments obtained using those new methods are more accurate and objective than what they had get had they followed more traditional procedures.

Nonetheless, there are some outstanding questions that need to be addressed. To begin with, a fundamental one: why do companies need to assign all their employees a performance rating?

The arguments in favor are that ratings a) help managers and HR officers know who the best employees are, b) provide feedback to employees, and c) identify who needs to be rewarded. Yet, any of these goals can be achieved through alternative means that do not require companies labeling all their employees with performance ratings.

If you are rethinking the performance management system of your company, it is also a good occasion to explore what possibilities technology provides. New technology-based solutions in this field can make the life of managers and employees much easier in a context where work relationships are more complex, companies aim at moving targets, and much of the work is organized in projects or around ephemeral organizational units.

The Decline of Performance Evaluations 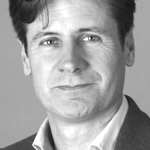