The multi-generational environment is being categorized as the newest diversity challenge for HR. Yet, an increasing amount of science is discrediting the notion of generational differences.

The multi-generational environment in today’s companies is being categorized as the newest diversity challenge for HR in many organizations across the globe. Lots of articles, books, lectures or even TED talks based on surveys and expert opinions are claiming that Veterans, Boomers, Xs and Millennials need to be treated differently because they hold diverse work-related attitudes.

Based on these, many organizations are spending unprecedented amounts of time and money conducting training programs and interventions in order to deal with these generational variances. Fortunately, an increasing amount of science is discrediting the notion of generational differences. In this article we will present the counterintuitive results of a very solid and reliable study.

What does scientific research say about generational differences?

Costanza and colleagues (2012) conducted the first known quantitative meta-analysis published in the Journal of Business and Psychology. Meta-analyses are large researches that systematically review the scientific evidence available, excluding unreliable studies and critically evaluating and weighting empirical findings, in order to make very trustworthy conclusions. They reviewed 265 articles, and finally included 20 very reliable researches across nearly 20.000 workers, in order to see if generational differences had an effect on job satisfaction, organizational commitment, and intent to turnover. The four different generations of employees taken into account were Traditionals, Baby Boomers, Generation X, and Millennials.

In other words, as the employees get older and progress through their careers, their jobs often gain a greater degree of autonomy, variety, and task meaning, which can increase job satisfaction. Regarding organizational commitment, there was no significant difference between older and younger generations.

To sum up, the results demonstrate that the differences appear to most likely be caused by other factors, rather than generational differences.

Takeaways for your practice

Certainly, people of different generations see the world in different ways, but they are not holding different work-related attitudes. The multigenerational workforce is not a real problem.

“Generational experts” have created a generational hysteria, exaggerating the multigenerational consequences and making them bigger than what they are in reality. They have been selling solutions to issues that have not been scientifically verified.

Therefore, the most important thing to remember is that you should not base your management around different generational values. Instead of investing large amounts of time and money implementing interventions or training programs to make employees aware of perceived generational differences, bear in mind that research does not support the idea that job satisfaction, commitment and intent to turnovers are affected by their generation.

Instead of rely in a myth without evidence and prior to assuming that generational differences are at the core of the issues at hand, first be sure to conduct needs analysis to address the observed differences among individuals, and then develop interventions uniquely based upon the characteristics that you identified.

To sum up, in order to increase productivity and to maximize both company and employee efficiency, one first must understand individual and group differences and learn how to deal with each employee or group of employees rather than relying on unsubstantiated generational gaps.

Macarena Soto Ferri is member of ScienceForWork, an independent, non-profit foundation of evidence-based practitioners. Originally published on ScienceForWork, this Evidence Summary is reproduced under a Creative Commons license. 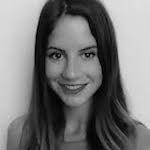