Want a Work from Home Job? – Then Go Home!

First Yahoo, and more recently IBM, decided to call many of their remote workers back into an office. Is this a trend that is here to stay?

Why it all started?

In the beginning, the practice of working from home was adopted by companies because it was supposedly a convenient and cost effective solution for both employers and employees. IBM itself had declared that due to its working from home program they had saved millions of square feet of office space, and millions of dollars too.

The advent of technology enabled people in certain roles to perform their jobs, or at least part of them, from the comfort of their homes. This gave employees a lot of flexibility and arguably also increased their productivity, although in reality we can find studies in support and against that practice.

If you look at the foundations of the idea of working from home, you will find it is tied to the age old idea that humans want to “settle down” in one place and hence look for work that helps them maintain a balance. Combine this desire with the current speed of work, and the resultant stress, and you have a heady cocktail for which working from home was like a pressure relief valve.

This relief valve ensured that commuting and other such “non value added” activities were eliminated and thus made the person more productive while provided a better work life balance. Other argument was that a person working from home would effectively end up working more than in the office as there are less distractions at home than they are in a shared workspace.

The concept of working from home is now maturing. From a very cool idea, now people are starting to evaluate its impact and looking at both sides of the equation. So if you are in a role that is more suitable for working from home it’s less likely that you would be impacted by these changes. But if you are in a role which requires interaction with other individuals and groups in the organization, and where success depends on collaboration across groups, it’s more likely that you will be called into a common work place more often than earlier.

If you are in a role which requires interaction with other individuals and groups in the organization, and where success depends on collaboration across groups, it’s more likely that you will be called into a common work place more often than earlier.

This change is primarily stemming from the fact that if people are collocated and work together then familiarity and interaction between them will help them perform their tasks more effectively. Yet, while this is largely true, it also has its own disadvantages as any person who has worked in an office with other people knows.

So why are leaders insisting on this approach?

Simply because that’s how we have worked for decades and this whole phenomenon of working from home is very new. Other factor is that remote collaboration tools like Slack are too new and we haven’t really figured out yet how to work together from different locations even if they are in the same city. Our natural preference to meet other people in person is also a great influencing factor. It will take few more decades for these tools to mature and for us to consider working with “strangers” as the new normal.

Some leaders also argue that these decisions aim at fuelling innovation in the workplace. However, while collocation fosters idea-sharing, and hence innovation, I wonder how a mandatory work place and mandatory working hours help me become a more innovative person.

Some others argue that this is a new way of downsizing, because companies can make use of this opportunity to reduce their staff as some of their remote employees will not move to the set location.

Nevertheless, it’s clear that certain jobs are not suited for working from home and those roles will have to be performed in the office irrespective of productivity, innovation, and motivation of their incumbents.

So next time you are discussing about your responsibilities with your manager or new employer, if working from home is a big requirement for you, it would be better if you focus on certain tasks that could be done from home rather than looking for a job that can be entirely done from home.

Since I have oscillated between these two approaches of working from home and working from an office, I believe each of us as individuals, teams, and organisations need to find a balance between the two. From my perspective they are polarities and the answer lies in leveraging both poles rather than anchoring oneself to just one.

In the video below you will see an example of a company redesigning the idea of working from home.

Want a Work from Home Job? – Then Go Home! 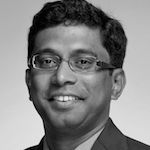 An article by
Amol Pawar